It is rare that an important contribution by a major author goes unrecorded. Rarer still if the author is Oscar Wilde, the famous poet, writer, dramatist, and much quoted wit, who has been the subject of continual interest and analysis since his death in 1900. But such has been the fate of his 1885 essay The Philosophy Of Dress.

This work now forms the centerpiece of a unique collection of Wilde’s writings on dress and fashion. In the book, in addition to the essay, there are generously annotated and illustrated chapters that analyze the importance of dress to Wilde’s writing career, and a comprehensive review of the influences, trends, characters, and source material that informed his dress philosophy. As a compendium this book includes several period articles and letters by Wilde on dress and fashion, along with related, but rarely published, correspondence. 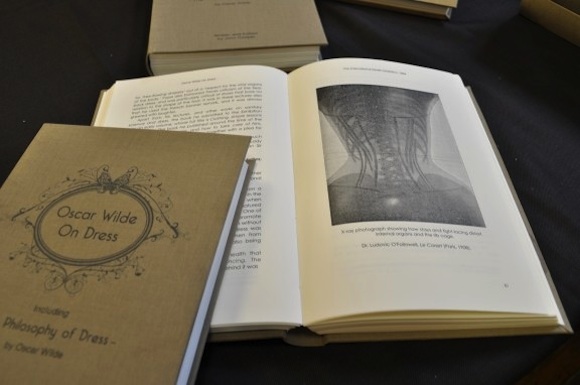 This first printing of the First Edition is limited to 100 copies and is expected to sell out on general release.

You can order now by visiting the following the link below:
http://www.oscarwildeondress.com

For more and ebook see:
http://oscarwildeinamerica.org/works/philosophy-of-dress.html