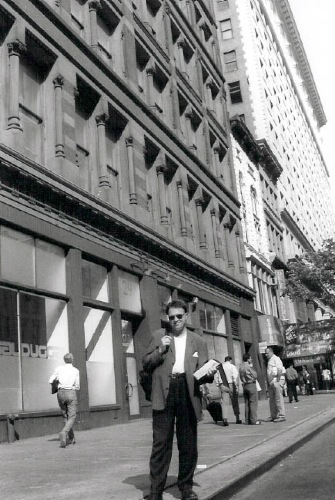 You may be interested to know, or to be reminded, that I still conduct my guided walking tour which you can see showcased at its new web site Oscar Wilde In New York.

The tour, which visits various Wildean haunts including houses where he lived, and clubs that he visited, has been conducted intermittently since 2002.

The next tour will given for the The Municipal Art Society of New York—details of which can be found here.