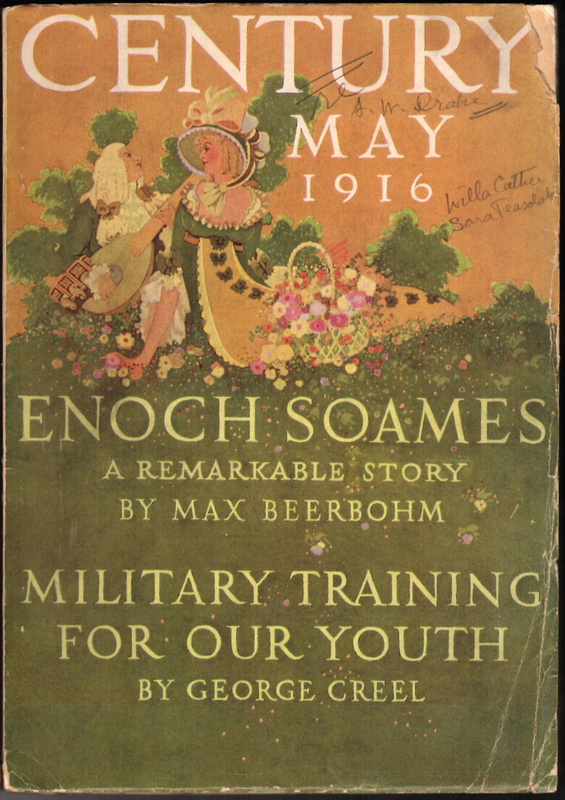 Memorabilia of Oscar Wilde’s Friends From World War I

Oscar Wilde, essential figure of the fin de siècle though he was, joked with Robert Ross that he would not outlive it. Oscar, who was usually right about everything, wasn’t far wrong: he died in November 1900.

He left behind friends who were to belong to a new movement, an artistic circle I might call the début du siècle, who inherited a world of change that was soon to become a world at war.

As we talk in terms of centuries, we are reminded that is 100 years since that Great War, and as part of the ongoing commemoration of the anniversary, an exhibition has just been launched online on the website of Special Collections, University of Delaware Library. Curated by Margaret D. Stetz, the site assembles materials from the Mark Samuels Lasner Collection, on loan to the University of Delaware Library, that were first displayed in 2014 as part of “Remembering the Great War,” a symposium sponsored by the UD Office of Alumni Relations.

Although the Mark Samuels Lasner Collection is usually associated with first editions, periodicals, works on paper, manuscripts, and correspondence from the second half of the nineteenth century in Britain, it is also rich in material from the period of the First World War, some of it with transatlantic connections.

So in keeping with my current theme of digitally documented history, I am pleased to recommend this archive.

If you have ever been to a similar display at a museum or library, you’ll know the difficulty, and sometimes frustration, of peering through vitrines at ephemera. The advantage of an online exhibition is that documents can be examined at leisure, and up close. No bus fare required. No admission fee. No standing in line.

“We will remember them”: An Exhibition of First World War Materials from the Mark Samuels Lasner Collection.