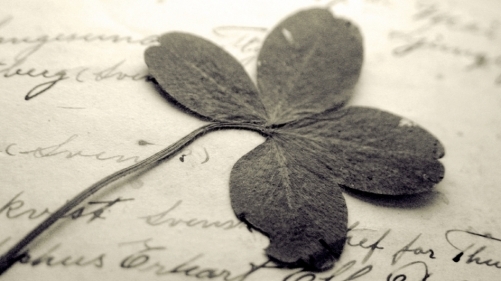 “A PRIDE I CANNOT PROPERLY ACKNOWLEDGE”

On St. Patrick’s Day 1882, during his lecture tour of north America, Oscar Wilde happened to be in St. Paul, Minnesota.

He had lectured the previous evening at the Opera House on The Decorative Arts, and, on the following evening, he returned to the same venue to attended a St.Patrick’s Day gathering. St. Paul was a city with a large Irish population and the event was one of several held that day to observe the occasion.

Despite inclement weather, the Opera House was full for a series of addresses on an Irish theme interspersed with vocal and instrumental selections. Towards the end of proceedings, Wilde was called upon to say a few impromptu words.

Clearly moved by the Irish sentiment abroad, and the favorable mention of his mother’s (Speranza) nationalistic poetry, he gave what can now be seen as a rare, and perhaps even uncharacteristic, speech about Irish patriotism—albeit from the perspective of the Arts. 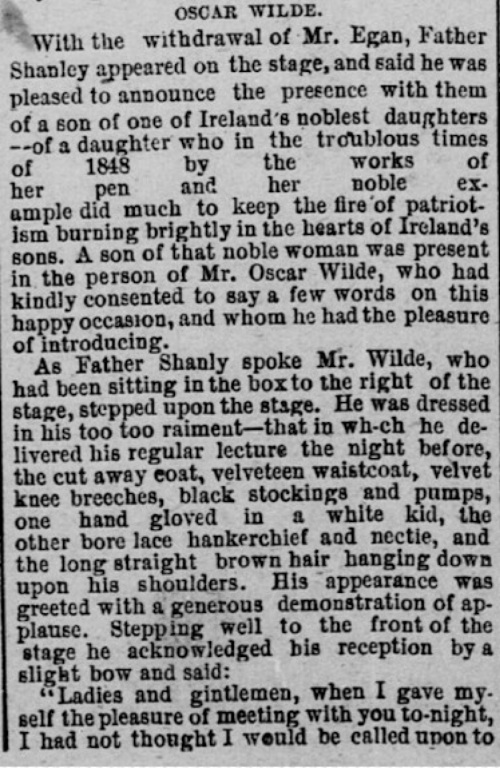 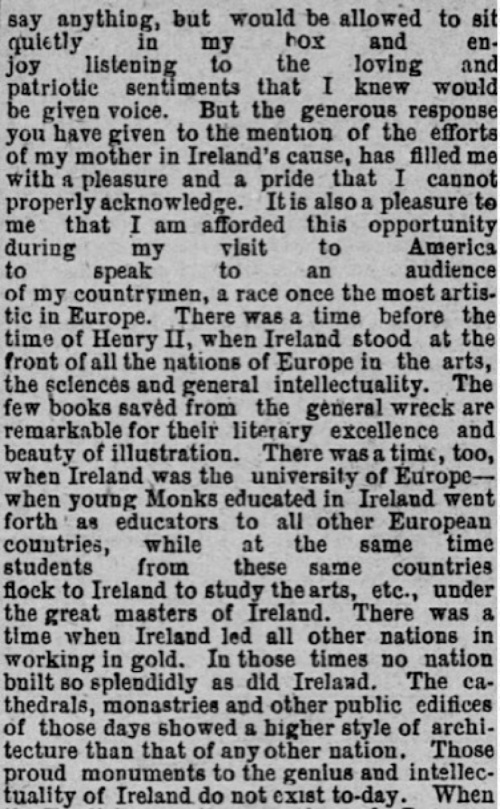 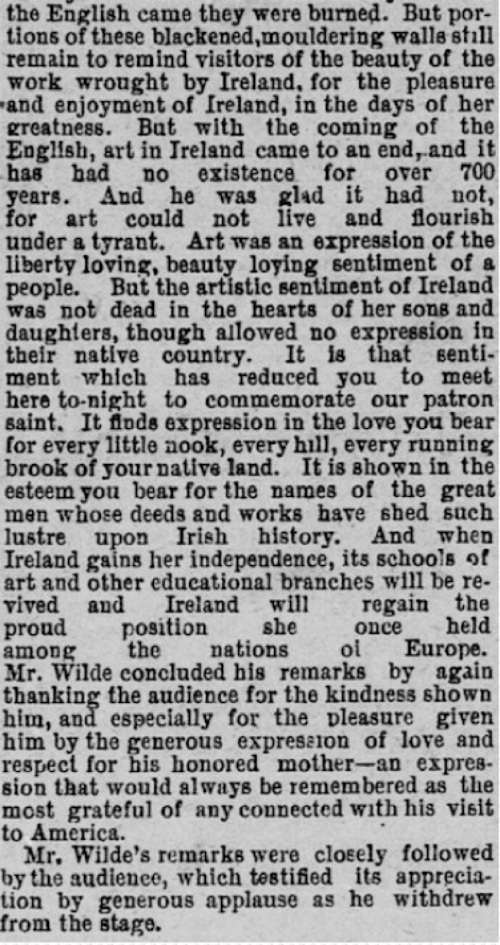