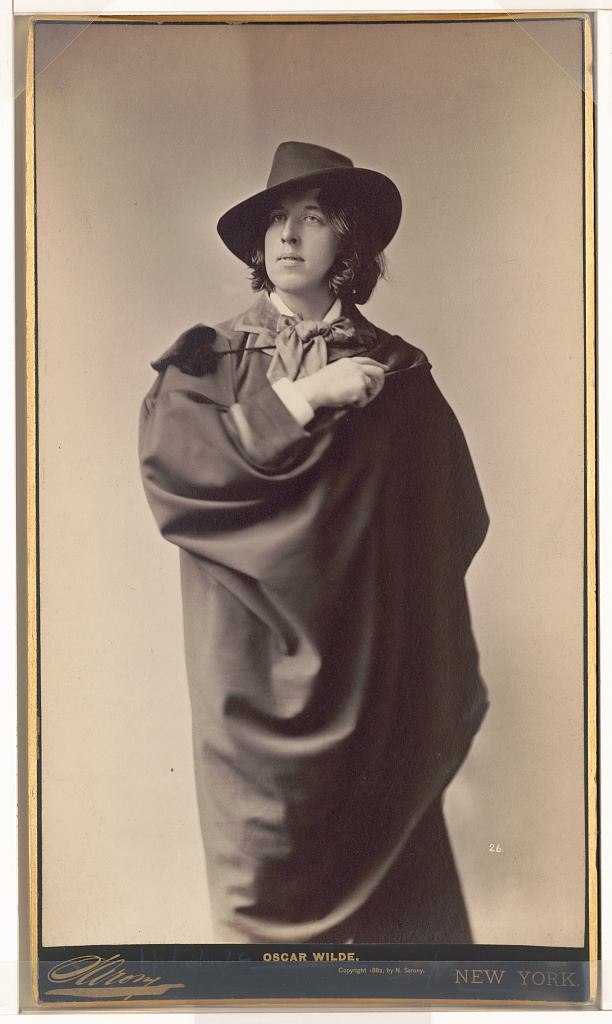 There is a pleasing symmetry in the idea of the flamboyant Napoleon Sarony photographing Oscar Wilde because they were both specialists in posing—albeit from opposing ends of the camera. So it is not surprising that they also had parallel views about it.

In an interview towards the end of his life, Sarony described the method of arranging his sitters with an almost Wildean flair when he said that: ‘The art of posing is in not posing. The true pose is not a pose, but a natural position.’ This remark is similar to Lord Henry’s remark in Wilde’s The Picture of Dorian Gray: ‘Being natural is simply a pose, and the most irritating pose I know.’ Sarony’s artistic version lacks Wilde’s irony, of course.

But there is a more practical irony that Sarony can claim—his practice of arranging his sitters as nature intended by the use a mechanical contrivance.

This he achieved by use of a posing machine, an innovation of Sarony’s brother, Oliver (also a photographer, working in England). Napoleon Sarony brought the iron rest back with him to America where he patented an improved version that bore his name, and which he marketed to other photographers.

Although the device may have been used originally to enhance stillness during the days of longer exposures, its use continued into Wilde’s era by allowing subjects to relax, and giving Sarony more time to arrange a desired posture without his models tiring.

The “rest” is now history but here are a few historical examples of the contraption and its use.

Text is adapted and extracted from the article “A Picturesque Subject Indeed! The Sarony Photographs of Oscar Wilde” by the present author, first published in The Wildean, [No. 55 July 2019], journal of the Oscar Wilde Society.

4 thoughts on “The Rest Is History”