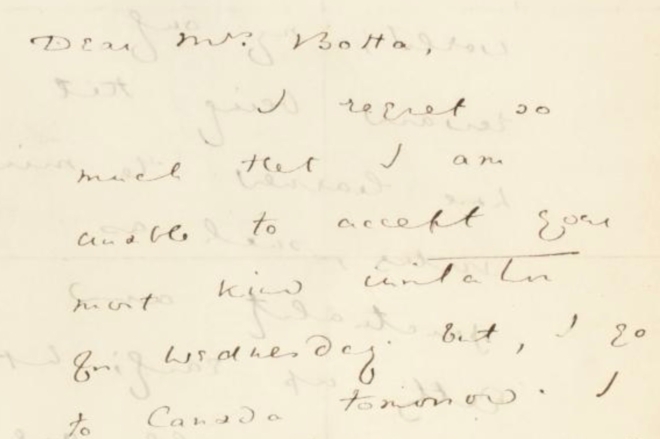 The item is a note sent by Wilde to Anne Lynch Botta, the 19th century doyenne of New York literary society, in which he expresses regret at not being able to attend a reception owing to his impending departure for Canada.

Aided by the letter’s evident authenticity and the fact that the consignor is a direct family descendant, it sold at auction for $5,500.