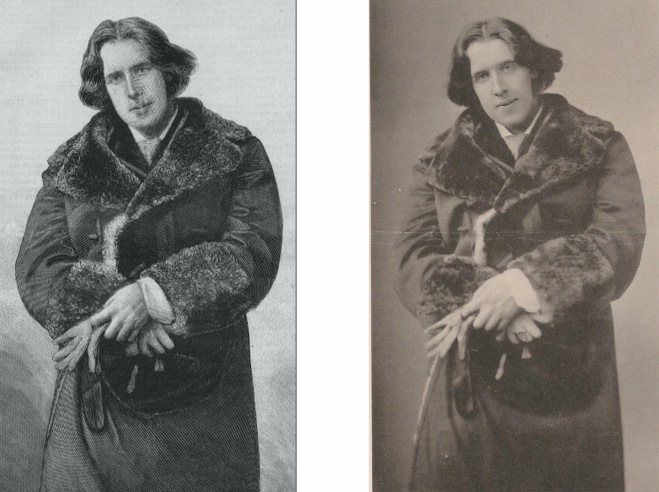 Here we see an illustration and a photograph of Oscar Wilde in the same pose.

In a recent post I drew attention to the photograph (which is from the collections of the Harry Ransom Center, The University of Texas at Austin), as it has recently taken its place among the list of known Sarony photographs of Oscar Wilde.

The reason for the photograph’s belated addition to the canon is that it does not appear to have been previously published, nor was there any digital example online—so it is true to say that it had never been widely, if at all, circulated.

And yet, its existence should not come as a complete surprise to Wilde scholars. To understand why, we must consider the part played by the corresponding illustration.